Today was a light-work type of Monday for me. I completed most of my assigned tasks for the day by 2:00pm, so I had more than enough time to read through ALL the facebook posts I came across. Naturally, I tend to read only the important posts because I browse through facebook on a schedule, but given that today was an unusual Monday, I decided to do the unusual. It didn’t take long for me to encounter annoying memes which I ignored (I guess I’m growing up; *swirls wine in glass*); annoying posts and unnecessary pictures of OTT PDA (Am I jealous? Time will tell). One post that caught my eye though was about husband scarcity. Husband scarcity? I definitely did not get the memo on this one, so I started reading. It seems everything is scarce with President Buhari’s regime so information is key

A young Nigerian man took his time to write a lengthy epistle about how Nigerian women have created the husband scarcity they experience in this fast-paced 21st century. In summary, the poster’s opinion blames Nigerian women for not finding husbands because they are all looking for ‘made’ men, and not men they can build. The writer was sympathetic to the plight of men in a dwindling Nigerian economy, highlighting their inability to meet up to certain financial requirements, hence need women who understand economics and have the enduring spirit of longsuffering. But do these women understand? No.

They want a man who has everything. They don’t want to build; they simply want to move in. Well, who wouldn’t? Building a house is more hectic than buying a ready-built home you can just move your furniture into, but hey what do I know? The writer even highlights that by marrying a man who is not financially capable to sustain the marriage, a woman can help him reach his destination faster. The key point of the message was for women to pick the right values (which do not include tall, handsome, and financially stable); rather search even deeper than that and help alleviate husband scarcity.

I detest posts like this for one reason – they blame women for the inability of men to thrive, and suggest women should settle in order to help men reach their aspirations. These posts that go viral on the internet never ever discuss what men should do for women. Men are hardly ever made to feel bad for choosing a big butt, fake boobs, blindingly light skin, and fake horse hair-wearing ladies. Men are not made to question their desire to have the hottest girl on the block, but women are made to hate themselves for choosing what they want, and made to feel bad for not helping men reach their aspirations. Is this to say women only exist to help men reach their full potential? Are we saying here that women should start seeking out men they can build rather than men who have managed to build themselves?

Here’s the thing the world, the African society, and my dear Nigerian people need to understand:

Between the ages of 18 and 25, it is a romantic gesture to date a man who has absolutely nothing but  potential to offer. It makes sense to want to build from scratch with someone while you are still young. Once a woman crosses the age of 25, the definition of ‘the bottom’ shifts upward. At this point, she probably has a career going; she’s probably living in her own apartment, has her own car, and is breaking her back to make sure the pieces of her life are gelled together in one good-enough-but-not-perfect piece. And now, at this point in her life, people expect her to go out and adopt a man she can build; to abandon her life as she knows it, and go for a man who expects her to build his vision, without making any reference to hers. The writer adds in his post that many women state that “they cannot suffer in their father’s house and continue suffering in marriage.” Erm.. is there anyone who enjoys suffering? Well, well, well… It seems I have a whole lot to learn.

I am not of the opinion that women should aim for the Zuckerbergs or the Dangotes of the world. He doesn’t need to be Otedola, and yes, money is not everything, but a woman doesn’t have to tear herself down to accommodate a man. Nah… a woman shouldn’t aim for the worst bottom of all in a bid to make other people feel good. No, no no… Marriage is not built on butterflies in the tummy. Financial security is a necessity! And by that I mean he should be able to make healthy contributions towards food, clothes, and shelter, and have some to save from his wages. A man cannot expect to be the head of the home, yet fail to care for those under his authority. No normal woman who has been working hard to support herself and build her future is looking for a man who wants a woman to come and build him. Hello? What has he been doing all this while? 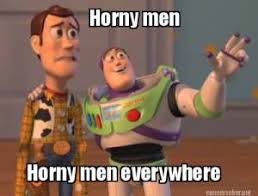 Most women will not admit it, but they want a man who has all they have and more. And there is absolutely nothing wrong with that. I hardly meet men who are looking to marry women they need to build. Why should women be looking for men to build? Are we architects or bricklayers? If a man does not know where he is going, why is he considering getting married? To have frequent sex and home-cooked meals? Nah. He should rather devote his energy to building himself, and seeking a woman who is building herself; together, they can build a family. But to look for a woman who wants to dedicate her time and energy to building a man? That’s selfish, immature and begs the definition of all this masculinity African men like to throw around.

Yea I know you probably hate me; in fact I’ll conclude after reading this post that all Nigerian men hate me. Hehehe! I still love you all, but biko stop looking for women who will build you. Build yourselves! Even if you are not at the peak, a good woman will admire your effort and choose to be with you. She’ll build herself alongside and together you will be the epitome of a successful couple. XOXO